A lot has happened over the past few months.  Lots of good stuff!

August welcomed the release of Faithfully Feminist: Jewish, Christian, and Muslim Feminists on Why We Stay (White Cloud Press). I produced a podcast featuring several Muslim contributors to the anthology. What an honor to hear from women about their journey of faith and feminism. You can listen to that below!

Late summer, I showed up at a local story slam and told a story. I won that particular slam. Not too long after that — and in totally unrelated circumstances — Jeff Polish from The Monti contacted me to tell a story during the season’s opening night.

I did just that, extrapolating on the evening’s theme of Danger! I discovered that standing on a black box stage in front of several hundred people ( a sold out crowd) was nerve racking, empowering, and wonderful. You can listen to that podcast here (episode #152).

A few weeks later, I ventured in the opposite direction towards the N.C. mountains to attend my first writing residency. 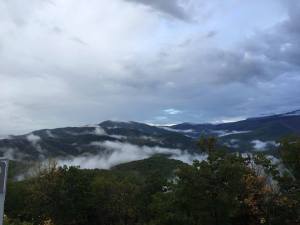 What a good day it was in March when I received word that I was a recipient of a Wildacres Retreat residency, which meant a week in the mountains, a cabin to myself, and all meals provided.

It rained the entire time. But as it poured from the sky, so did the words onto the page. I am now officially writing my memoir.

In between writing, storytelling, and podcasting, I pondered a bit on love and dating.

A couple of years ago, I wrote a cultural studies book about America’s fascination with the paranormal.  I am reminded of such contributions to the world every Halloween, and I was thrilled when Bethany Chafin at Wake Forest University’s WFDD called me into the studio to discuss the book.

I loved fleshing out such cultural goods to a public radio audience, finally going beyond the cliched nature of the subject matter. You can listen to our conversation starting around the 33:50 mark.

One of the most exciting things to happen was a November invitation to StoryCorps to talk about expanding the Muslim-American narrative! 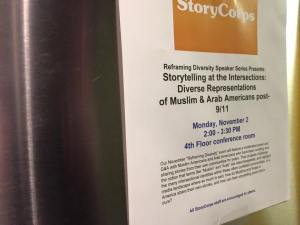 What a delight to meet the StoryCorps staff and fellow panelists, including Buzzfeed and RadBrownDad’s Ahmed Ali Akbar, TARAB NYC’s Bashir Makhay, academic activist Donna Auston, and an old blast from my Palestinian activist past, Palestinian extraordinaire, Anan Ameri.

While in NYC, I ended up AirBnbing with the owner of Fort Greene’s legendary South African restaurant, Madiba . Mark Henegan is the man behind a Brooklyn institution
honoring Nelson Mandela in the best way possible: attracting diverse, committed, caring patrons to an establishment that celebrates globalism and community. Shame on those who venture to NYC and fail to journey towards Brooklyn for the Madiba experience. 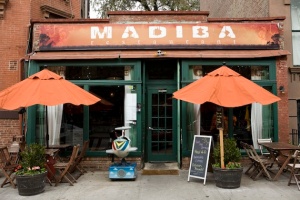 But the most significant part of the trip was returning, even briefly, to a city I love: New York. I am home there. The experience highlighted how empowered I feel when I’m in the right place and around the right people.

Back in North Carolina. It is raining. I am writing. The future is waiting.